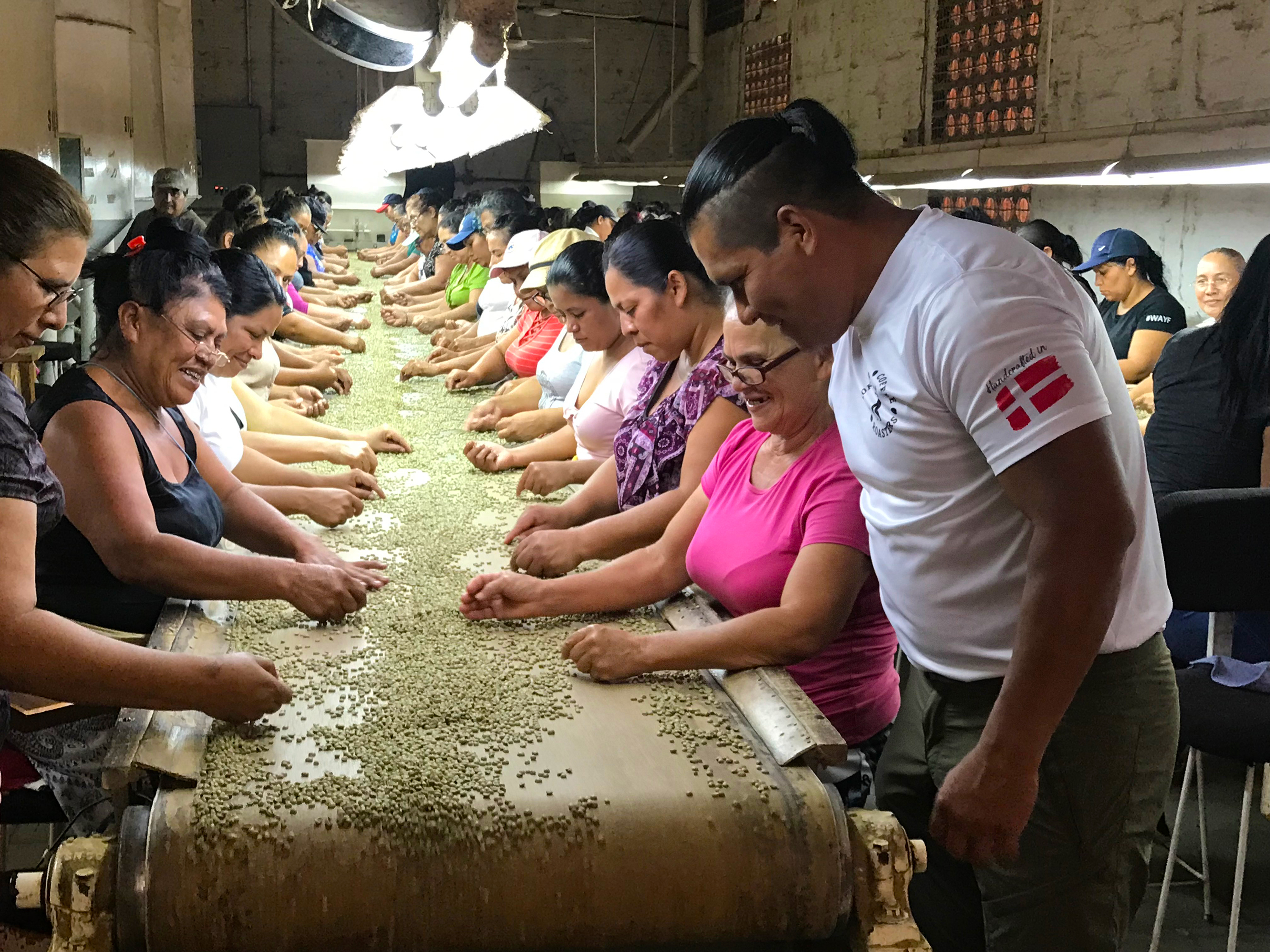 The Sociedad Cooperativa Chalchuapaneca de Productores de café Cuzcachapa de Responsabilidad Limitada ‘Cuzcachapa RL’, was founded on October 31, 1966, signed by 56 coffee producers’ families. Cuzcachapa base its principles of free adherence, voluntary withdrawal and equal rights and obligations for all members, with the aim of seeking social and economic improvements both personally and for all its members. In 2018, the Cooperative has 1,200 active members and 370 non-active members. The founding partners began producing between 500 and 1,000 quintals of unshelled coffee (or gold coffee as its commonly known), today the Cooperative Cuzcachapa is having an average reception of 80,000 quintals of gold coffee per harvest season. As complementary activities to the production process, financing is given through avio credit, with interest rates lower than those of the local market. The constant growth that the Cooperative has had currently places it as one of the largest coffee cooperative in El Salvador.

Pezo Import has began its cooperations with CUZCAPACHA in 2018 and we have visited them in 2019 and 2020.