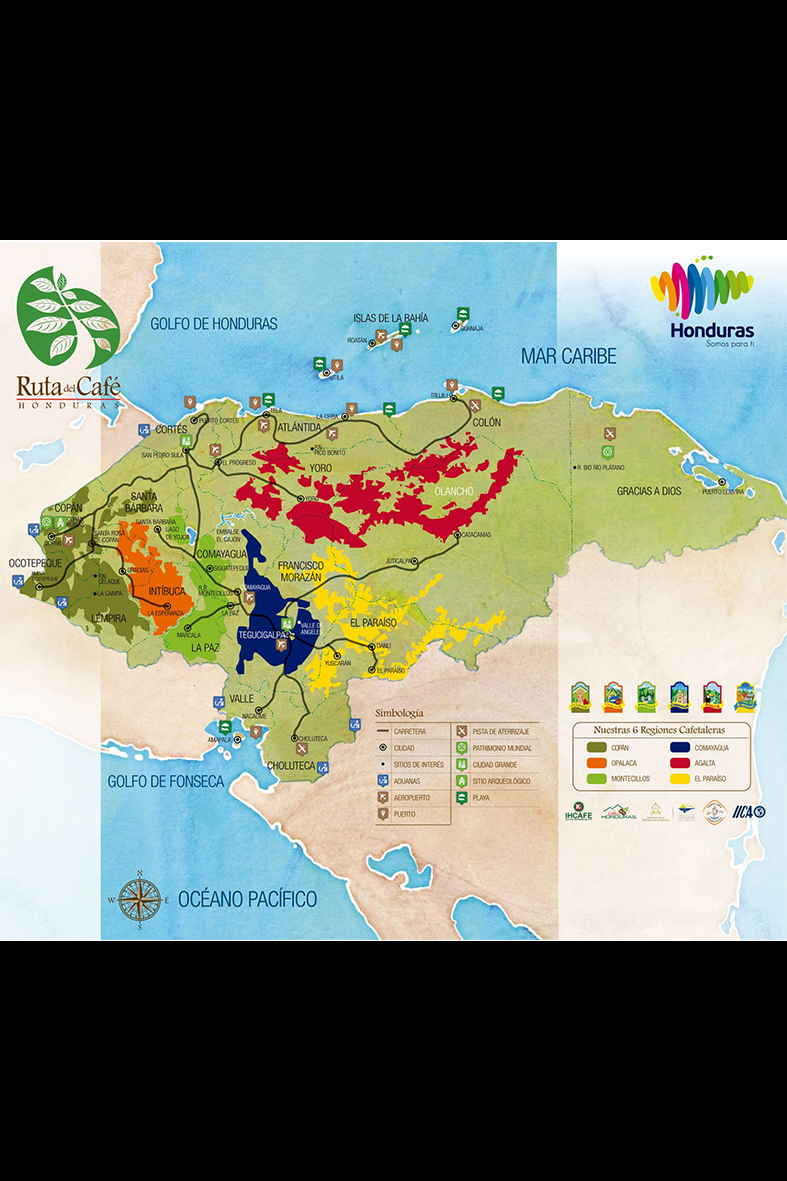 Coffee has historically been one of Honduras’ leading exports (alongside bananas), and since the mid-2,000s total annual production has grown in leaps and bounds. During the 2009/10 crop year, Honduras produced approximately 3.6 million bags of Arabica coffee (already a big increase over 1999/2000). By 2014/2015, the country had become Central America’s top grower (and number 7 in the world), with a yield of over 5 million bags (all Arabica varietals). With the highest production per capita in the world and various business drivers keeping the industry growing, experts agree that it wouldn’t be surprising for the country to reach 8 million bags in the foreseeable future. All in all, the story is clear: Honduras is a big coffee producing country with a lot of untapped potential for specialty lots and micro-lots.

Today, more than 100,000 families across Honduras are involved in coffee production. 95% of these are small-scale farmers and 70% farm on fewer than 2 hectares (representing some 30% of the country’s total production). The vast majority of farmers (95% or more) rely on family labour (including their own children) for all aspects of agricultural and harvest labour.

In addition to internal and external promotion, Hondura’s IHCAFE (Instituto hondureño del café) offers technical assistance and training to farmers, helps with establishing nurseries and greenhouses, has established innovative pest management and early warning systems. In 2004 it helped to set up a national cupping school, which provides comprehensive training for cuppers and gives young people the opportunity to build a career in coffee quality control.

Honduras has been divided into six well-defined regions. Each region has its own IHCAFE-sponsored cupping lab, which offers farmers a free cupping service. These six main regions are in turn split into various micro regions, demarcated by geography and cup profiles.